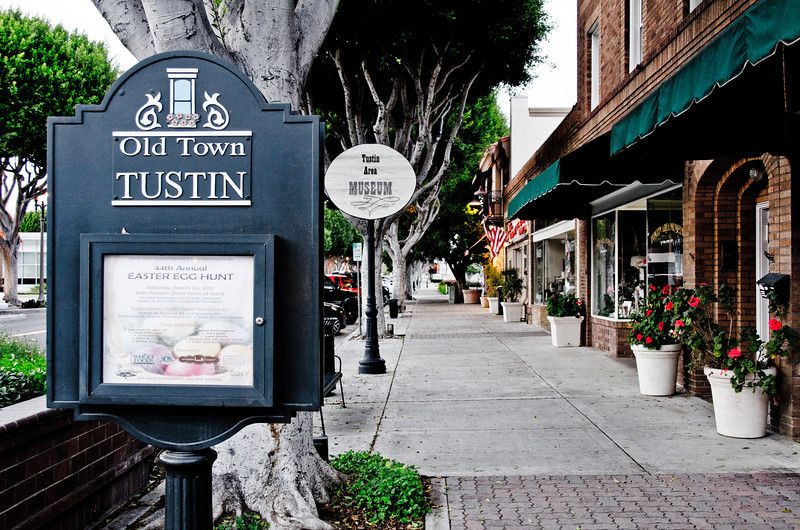 The city of Tustin is located in Orange County in the state of California. According to the census of 2017 Tustin Population was at 82,372. The city roots back to 1769, during the expedition of Gasper de Portola, during the expedition the area was called the valley of Saint Anne which means Vallejo de Santa Ana in Spanish, the naming was done by Father Junipero Serra. The region as per that time was inhabited by Tongva and Luiseno which at that time was a Spanish empire. The place is sometimes referred to as the “The city of trees” mainly because of a variety of trees that were used to be grown. This actually one of the reasons Indians and other settlers were attracted to the place.

The Spanish empire in the year of 1801 granted Jose Antonio Yorba with 253km square of land which is an equivalent of 62,501 acres. Jose Antonio changed the areas name from Vallejo de Santa Ana to Rancho San Antonio. This 253 km square is current day Newport Beach, Costa Mesa, Tustin, Villa Park, Olive, and Orange. This area was referred to as Alta California. Immediately after the Mexican American war, Alta America became part of United States of America. In the year 1868 Columbus Tustin and is colleague Nelson Stafford bought 1300 acres of Rancho Santiago De Santa Ana during its portioning.
From 1868 to 1872 Tustin embarked on establishing a city under his name “Tustin City” he laid to set the street all through the sycamore and the mustard trees which were covering the region. Sir Tustin later moved his family into the area his family members include his wife Mary and their five children: Mary Jane, Samuel, Ella, Fannie, and Martha. With his family with him, he started selling different kinds of merchandise and even established a school district as well as setting up a post office. Due to his vision in developing the area to be a real estate venture, he opted to give several of the housing units he had built for free due to the failure of sales.

William Spurgeon won over Columbus Tustin when they were competing over the Southern terminus part of the Southern Pacific railroad. This led to Tustin sealing the lousy fate of his city. In 1883 Tustin died while very disappointed with the state of things in Tustin. Three years after his death this prospects started to bloom as there was a land boom. During the land bloom there several constructions his included: a 50 roomed hotel, three churches, a tallyho for a horse drown, a bank this infrastructure connected the city of Tustin to Santa Ana in which new home sites were built and several groves planted.

Gradually the town turned into an agricultural community as Walnuts and grove of apricot were replaced with Valencia oranges. In the new century of 1900 saw came with several changes this included two telephone companies that were built around the area and an electricity company that was established in 1906. With an increase in automobiles, the state highway had to be widened. In 1927 their entire population of Tustin was at 900 these number compelled themselves to be incorporated as voters. With the just set council, the town elected Byron Crawford as their first mayor, and John Stanton received the position of the police force. However, the volunteer firemen continued to serve until 1912. Schools were managed by John Zeke the student started a ritual in which they would meet once a year for a reunion while having a picnic the first of this reunion was in the year 1960 at Irvine Park.

World war II magnified the establishment of Tustin Area as three military bases were built in the region these bases included El Toro Marine Corps, the Navy Lighter, and Santa Ana Army AIRbase. This establishment saw a special significance in the town. In the 1950s Tustin was observed to be doing well in Socio-economically this was through the quality schools, the post-war industries and quality schools which attracted several people. At the same time, there was a drastic decline in the number of Orange groves due to attacks from diseases with this and the high number of migration to the town saw a high number in buildings for homes and construction.

Here are a few Tustin city highlights: the Stevens House this home was constructed back in 1887 its was surrounded by avocadoes grove which has been cleared for office space, this was the home to Pioneer Sherman Steven. The Pankey Residence built with the California Monterey technique, made it 1928. Its walls are 1 inches thick as the trees that are visible from the roof are believed to be original sycamore that was in existence before the purchase of the land from the Spanish. The Leithy house used to demonstrate how the craftsmanship of California used to be; the house was built in 1915.

According to the census report of the year, 2010 Tustin has a population entirely to 75, 540 this means 6,816.7 per people per square mile. This is higher than it was back then when it was incorporated it only had 900 inhabitants, this symbolizes that the town grew to what its founding father wanted it to be “ a home for many.”

Today orchards in the place are entirely gone and Tustin has really grown to a very big urban center. However, you can track the proud history of the city by looking at the hold buildings which were grown as early as 1880’s.

For further reading, these two books are recommended:

Tustin: A city of trees : an illustrated history

Tustin: As It Once Was